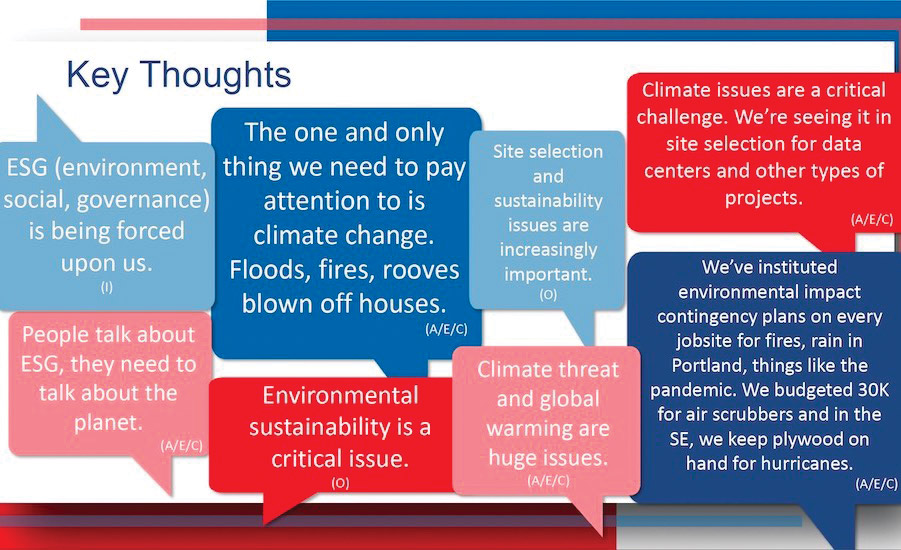 From climate change to the industry’s mental health crisis to its need for diversity, equity and inclusion, the urgency for industry change was a dominant theme of a joint conference of the Construction Users Roundtable and the Construction Industry Institute Feb. 7-9 in Orlando.

The importance of technology, asset sustainability, supply chain and estimating, power (how to build trust despite master-servant relationships), safety, and attracting and retaining people were the top emerging issues identified by presenter Gretchen Gagel, president and CEO of Greatness Consulting, based on the 2022 Owner Study she conducted sponsored by CURT and CII. Despite a number of success stories mentioned in the study, respondents rated industry DEI at only an average of 1.85 on a scale of 1 to 4. By comparison, respondents gave the industry a 3.1 rating on its “agility in reacting to the pandemic.”

Gagel also related her study to data showing the number of suicides in the construction industry to be an estimated four-to-five times that of the number of jobsite fatalities— another huge challenge for the industry, she noted. Gagel pitched audience members that they could be “the hero or heroine” of this story—by “coming together to forge powerful solutions that engage all stakeholders. The time for change is now.”

For this year’s survey, to achieve a “more holistic idea of what was happening” in the industry, Gagel expanded her data set beyond the 24 owners interviewed in previous studies to include representatives of 12 large A/E/C firm representatives as well as eight influencers. 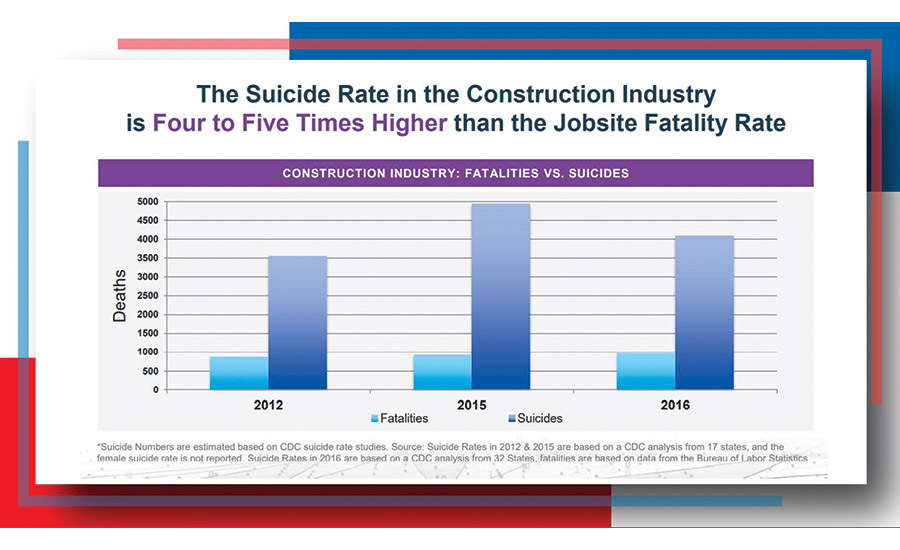 For Now, No Formal Alliance

At the same time, CURT and CII, who had been exploring their own changes with the proposed formation of an alliance for research purposes, didn’t address the topic during the three-day meeting, although it previously had been on the agenda.

Greg Sizemore, CURT executive vice president, had updated members via email on Jan. 21 to explain that the University of Texas at Austin “instructed the Construction Industry Institute to terminate planning of the member-supported alliance between CII and CURT.” CII is based at the University of Texas.
Nevertheless, Sizemore’s email added, “It is obvious to us that the spirit of the alliance prevails. CURT will continue to pursue the concept of an alliance.”

CURT and CII—along with the Engineering and Construction Contracting Association—announced in September 2020 “their intention to form an alliance to provide more resources and reduce overall costs to members,” according to an ENR story that fall. More recently, the prospect of the alliance had focused on CURT and CII collaborations.

In an email statement to ENR, John G. Ekerdt, associate dean for research in engineering at the UT, noted that “CII’s governance through the University of Texas at Austin would not allow the alliance to be structured as it was proposed. The two organizations, CII and CURT, intend to look for ways to cooperate as they continue on their missions to improve the construction industry.”

Stephen Mulva, director of CII, told ENR in a follow-up interview, “It’s important for CII to continue to collaborate with CURT and with other groups.”