Major Arena Megaprojects on Their Way up in the United States 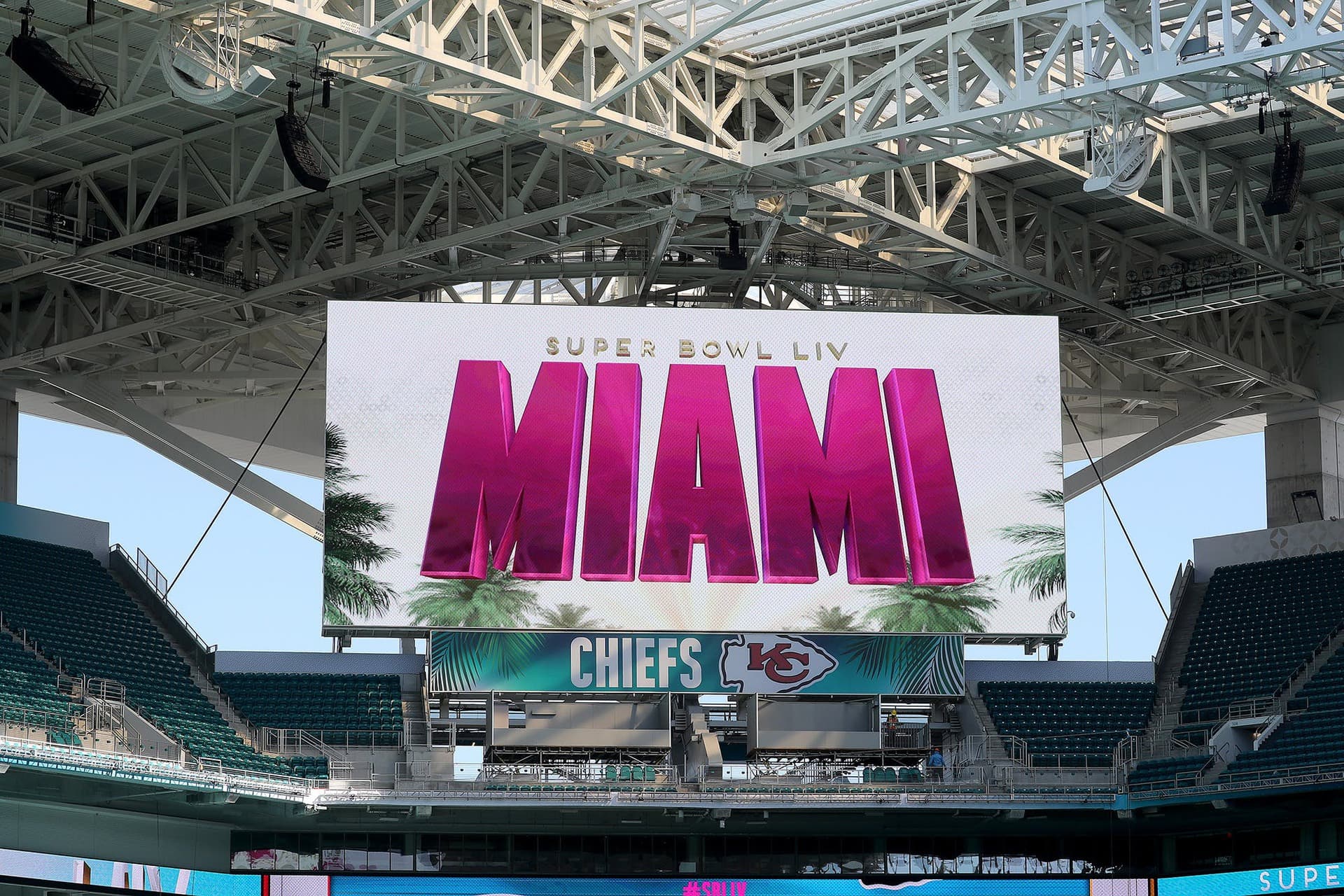 Super Bowl LIV, the 54th Super Bowl, is now in the books – did your favorite take home the Vince Lombardi Trophy or hang their heads in defeat? This year’s Super Bowl was played at Hard Rock Stadium in Miami, Florida (home of the Dolphins). The facility opened in 1987 as “Joe Robbie Stadium” and after several name changes, became the Hard Rock Stadium in 2016 when the naming rights were purchased by Hard Rock Cafe Inc. for $250 million over 18 years. When originally built, the construction project was truly unique; it was the first multipurpose stadium built in the United States that was entirely privately financed.

Building stadiums is big business and more and more, the ones built for major pro sports teams are reaching mega projects status (projects that cost more than one billion dollars). Take the Atlanta Falcons’ new stadium. Its construction costs came in at $2 billion (with approximately $1 billion footed by local taxpayers).

In honor of this years’ “battle of the pigskin,” let’s take a look at three stadium megaprojects on their way up across the United States. 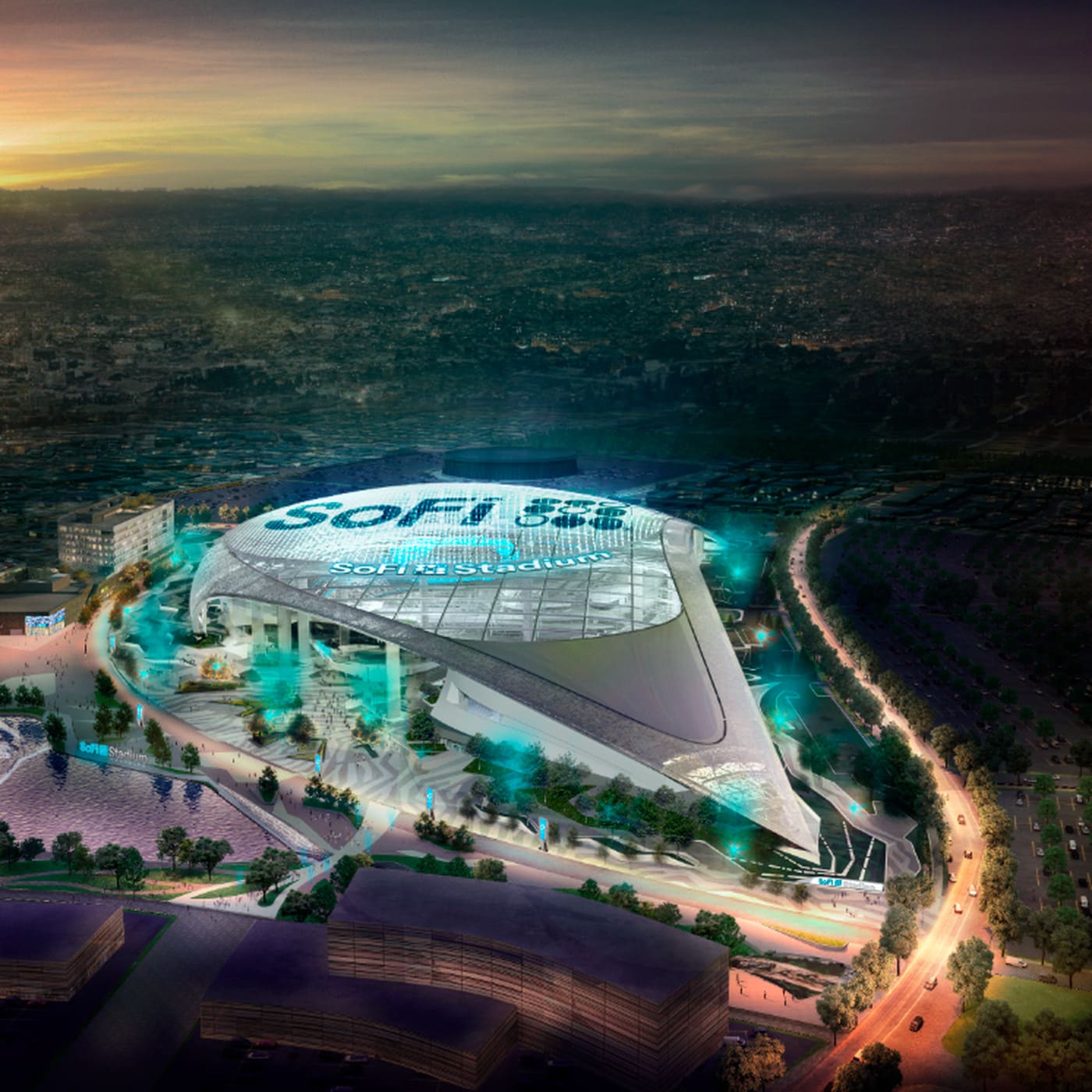 Opening summer 2020, SoFi Stadium is the centerpiece of Hollywood Park, a 298-acre world-class sports and entertainment destination that will be home to both the Rams and Chargers. The venue, which is around 85 percent complete, is scheduled to open in late July with a Taylor Swift concert. SoFi Stadium will hold year-round sports and entertainment events and will be the host of Super Bowl LVI in 2022, the College Football National Championship game in 2023, and the Opening and Closing Ceremonies of the 2028 Olympic Games. Since breaking ground at Hollywood Park, more than 12,000 people have worked side-by-side on this project.

SoFi Stadium is the first indoor-outdoor stadium to be constructed. It will have a seating capacity of approximately 70,000, expandable up to 100,000, and will have a low-profile; the field is 100 feet below street level and the roof rises to 275 feet above it. The roof, in the shape of a massive sail, will be constructed of transparent glass allowing natural light into the facility and side openings will allow breezes to flow throughout the stadium. At an estimated cost of $5 billion, the privately funded stadium ranks as the priciest venue in NFL history.

Check out a live webcam of the construction site: https://www.therams.com/stadium/live-stadium-cam

Contractors: Mortenson Construction and McCarthy Building Cos.
Allegiant Stadium will be joining the skyline of “The Strip” in time for the 2020 NFL football season and it will be home to the Las Vegas Raiders (formerly Oakland), The lavish stadium, which is located west of Mandalay Bay, is expected to open to the public in July 2020. The 10-level domed facility boasts 65,000 seats (expandable to 72,000), retractable windows that offer a view of Sin City, a retractable natural turf field, large operable walls that open to spectacular views of the city, and a clear Ethylene Tetra Fluoro Ethylene (ETFE) roof. Taxpayers are contributing $750 million to the construction costs.

The 1.75 million-square-foot design-build stadium will also host many world-class major sports and entertainment events and will serve as the site of the Las Vegas Bowl beginning in 2020, which will feature a Pac-12 football opponent versus either a Big Ten or SEC opponent, as well as the 2020 and 2021 Pac-12 Football Championship Game.

Check out this great live webcam of the construction site: https://www.mmcjvlv.com/webcam. 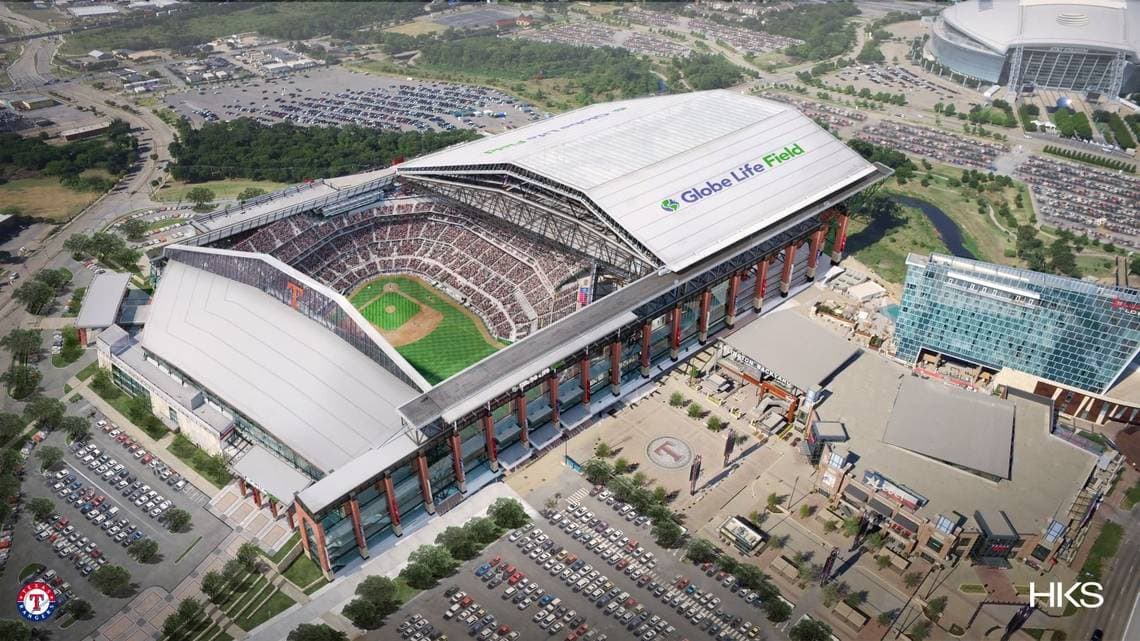 Name: Globe Life Field
Where: Arlington, Texas
Cost: $1.2 billion
Opening Scheduled For: March 2020
Contractor: Manhattan Construction Company
Globe Life Field, which is expected to open next month, will soon be home to the MLB team, the Texas Rangers. The roof at Globe Life Field will be the first of its kind in baseball, with portions made of a transparent material. This means that Rangers fans will be able to enjoy the outdoor ambiance in air-conditioned comfort. The 240,000 square foot roof will also be able to retract in a matter of minutes, bringing the great outdoors to the ballpark experience. This project is being constructed in a public/private partnership.

The $1.2 billion facility covers 1.8 million square feet on 13 acres with a seating capacity of approximately 40,300. Nearly 35,000 tons of steel will have been used, by the time it’s finished, and 1,400 men and women are working every day on the project, five days a week – plus people are working on the weekend.

Check out this great live webcam of the construction site: https://www.mlb.com/rangers/ballpark/globe-life-field/webcam

FMI and CURT are teaming up to research the topic of megaprojects. Please take five minutes to complete this short survey: CURT Megaprojects Survey. All results are completely confidential and will only be reported in aggregate. If you’re going to be at the CURT National Conference next week, in Chandler, Arizona, CURT will be presenting the preliminary research findings.