Mapping Mega-Projects in the United States

Construction in the United States is big business. The industry employs over seven million workers and creates almost $1.3 trillion worth of structures every year. Construction truly is the engine that powers the U.S. economy.

FMI and CURT are teaming up to research the topic of mega-projects (defined as projects valued at or above $1 billion). Please take five minutes to complete this short survey (more details can be found at the end of this Blog): CURT Megaprojects Survey

Here’s an update on just a few of the largest projects being built in the country right now.

$9B – Honolulu Railway – Hawaii
The Honolulu rail project will be one of the most expensive rail projects in the world. The original idea was an elevated 20-mile rail system that would bypass terrible traffic and take commuters from the farmland and suburbs of West Oahu into the heart of Honolulu. Now, more than a decade after inception, the project is only half-built and has faced loads of problems; Honolulu pushed ahead before fully planning the project and nearly 100 contracts had to be reworked, causing delays, and the city began construction before fully checking Native Hawaiian burial grounds resulting in the project being halted for over a year. The project’s original $5-million budget has now soared to more than $9-bilion; the cost overruns are among the largest that transportation experts say they’ve ever seen. With the project now back on track, it is estimated for completion by September 2026.

$8.8B – O’Hare Modernization – Illinois
Known as O’Hare 21, the historic plan by the city of Chicago and its airline partners will transform O’Hare with new facilities and modern infrastructure. O’Hare 21 includes an unprecedented opportunity for local participation, including contracting opportunities at all levels and tens of thousands of jobs that have been forecast for the program. In addition to the city’s goal for a minimum of 30 percent of work for M/WBE firms, lead architect, Studio ORD, plans to facilitate seven mentor-protégé partnerships to support small and local firms in gaining airport experience. Construction on this project began in 2001 and it’s expected to wrap up in 2026. 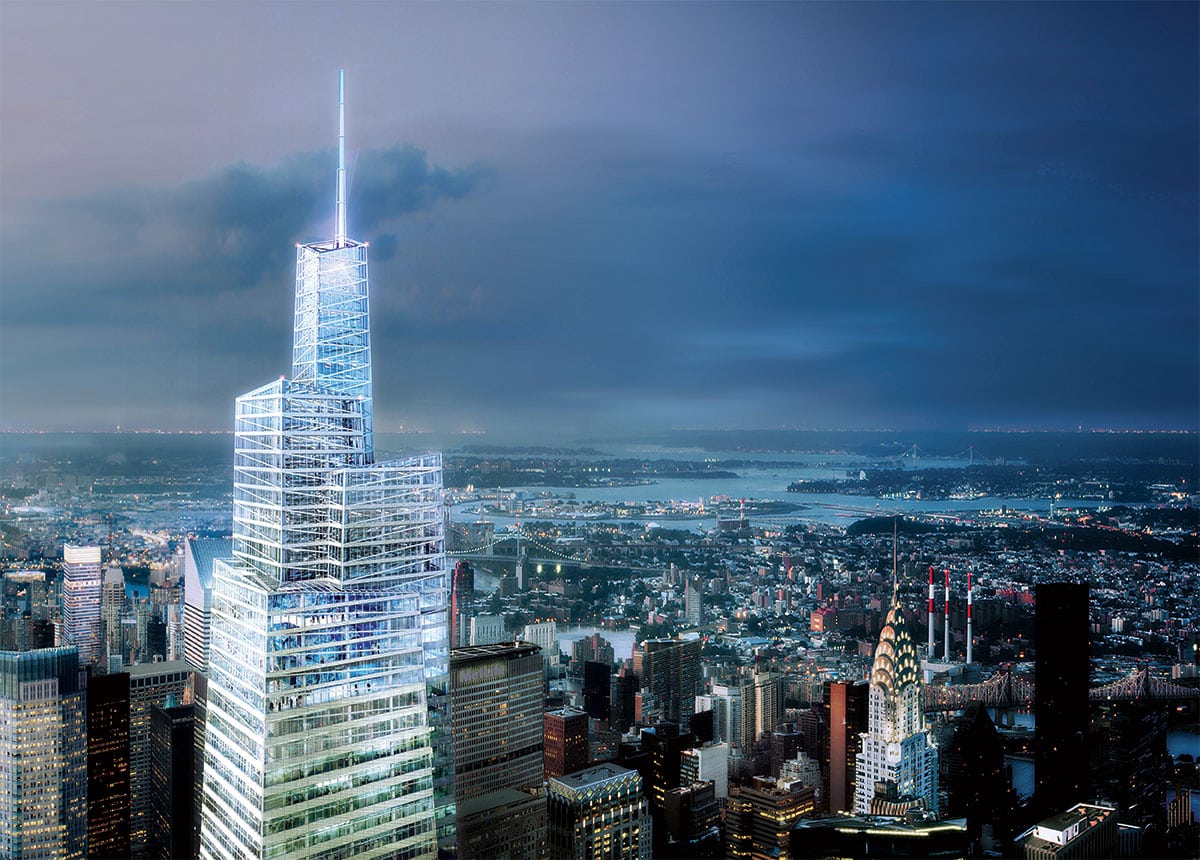 $3.14B – One Vanderbilt – New York
One Vanderbilt is set to become the second-tallest building in New York, measuring 1,501 feet tall; it will surpass 432 Park Avenue but fall short of One World Trade Center (1,776 feet). The building boasts a million square feet of mixed-use space, split between 58 floors, and the skyscraper seeks to raise the global standard on sustainable design and construction. Big-ticket items, such as a 1.2-MW cogeneration system and a 50,000-gallon rainwater collection and treatment system, are part of the sustainable solutions. The groundbreaking ceremony took place in October 2016 and the project is due for completion this year.

$2.7B – Fargo-Moorhead Flood Diversion Project – North Dakota
Once complete, the Fargo-Moorhead Area Diversion Project will provide protection from flooding for 235,000 people and 70 square miles of existing infrastructure in the communities of Fargo, Moorhead, West Fargo, Horace, and Harwood. It includes a 30-mile long diversion channel in North Dakota, a 12-mile long southern embankment, 19 highway bridges, four railroad bridges, three gated control structures, and two aqueduct structures. In November 2019, the Army Corps of Engineers awarded the second construction contract awarded for the project to complete the Wild Rice River structure portion, which includes the construction of a concrete control structure with two gates that will regulate how Wild Rice River flows into the Fargo-Moorhead metropolitan area. Funding for this work was included in the Corps of Engineers Fiscal Year 2019 Work Plan. 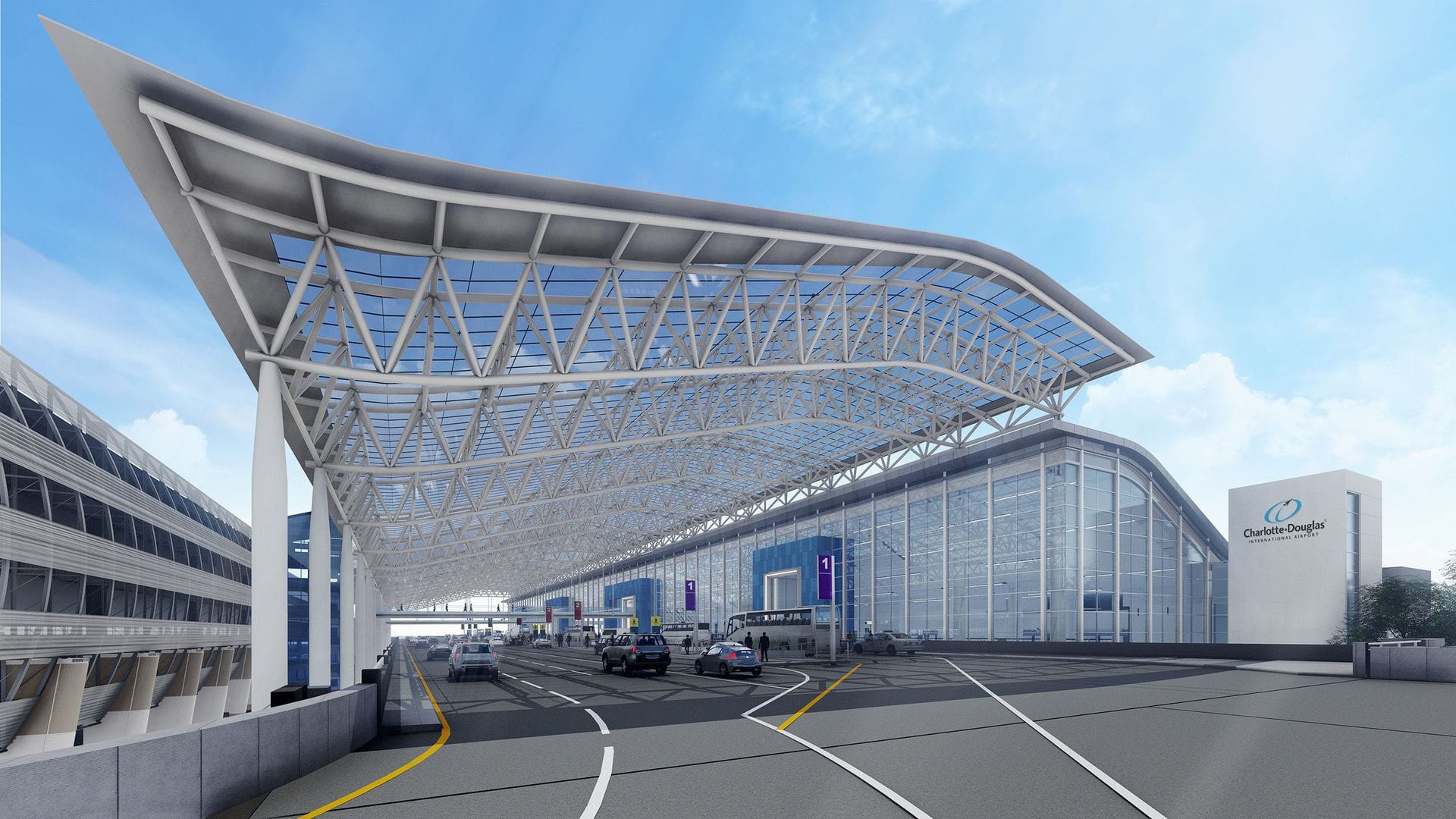 $2.5B to $3.1B – Renovation of Charlotte Douglas International Airport – North Carolina
This project is intended to improve and expand the Charlotte Douglas International Airport due to rapid growth in passenger traffic; increasing from 28 million total passengers in 2005 to over 46 million total passengers in 2018. It is the largest project to date as part of Destination CLT. In December 2019, the renovation began a pivotal phase with the groundbreaking of the $600-million, 366,000-square foot Terminal Lobby Expansion. This expansion will add 175,000 square feet and renovates an existing 191,000 square feet; it is the biggest project in the airport’s history. To date, the airport has wrapped up three Destination CLT projects: the $50-million roadway project, the $200-million Concourse A expansion, and a $39-million food court.

$1.5B – Replacement of the Gerald Desmond Bridge – California
The Gerald Desmond Bridge carries four lanes of Ocean Boulevard traffic from Interstate 710 in Long Beach, California, west across the Back Channel to Terminal Island. Stress caused by the port’s growing importance and an increased number of cars and trucks has taken its toll on the massive structure. The new bridge is being built with a cable-stayed design and 205 feet of clearance over the water. This will make it high enough to accommodate the newest generation of the most efficient cargo ships. In addition, with three lanes in each direction, plus safety lanes, it will be wider and better able to serve the current 68,000 vehicle trips that travel over the current bridge each day.

$1.5B – Expansion of the Javits Convention Center – New York
The Javits Convention Center, located in Manhattan, New York is one of the busiest in the United States. Ground-breaking for its expansion took place in 2017 and it’s scheduled for completion in 2021. The project will add new meeting and ballroom space to its existing 2.1-million square feet and will add new loading docks and an exhibition hall. The expansion is expected to create more than 3,000 construction jobs, 4,000 permanent jobs, and 2,000 part-time jobs, and should generate approximately $393-million in economic activity.

Lend Your Voice to a Mega Projects Survey
As mentioned earlier, FMI and CURT are working together on the topic of mega-projects. As a member of an owner organization, you bring a unique and valuable point of view to our ongoing research. Please take this short five-minute survey, which explores how project teams can deliver successful mega-projects and what challenges you face on these types of projects.

All results are completely confidential and will only be reported in aggregate. To take the survey please follow this link: CURT Megaprojects Survey

CURT will be presenting the preliminary research findings at the upcoming CURT National Conference in Chandler, Arizona. There’s still time to register – don’t miss out!

If you have any questions about the research, please contact Sabine Hoover, FMI’s project lead and content director, at shoover@fminet.com.