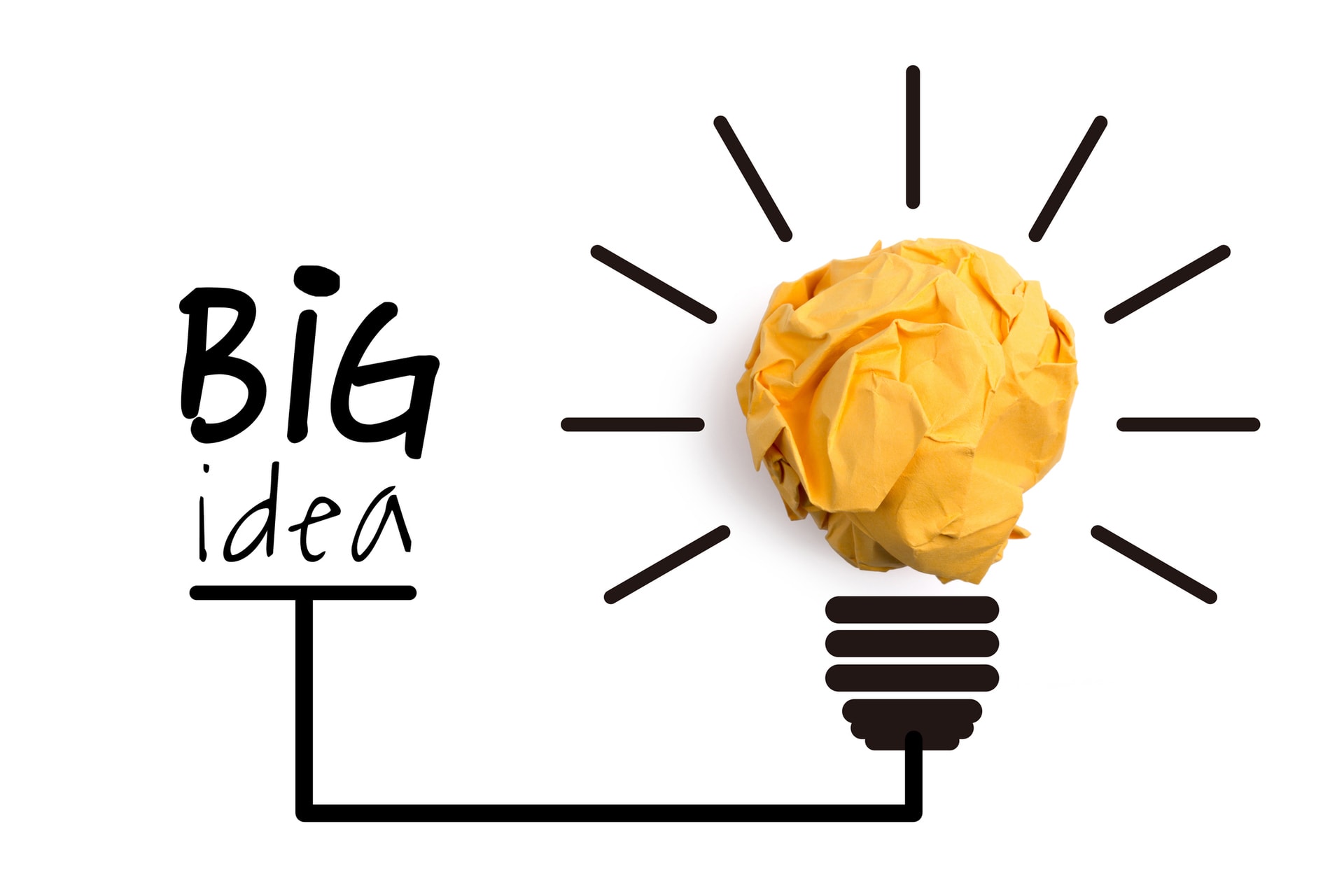 Seventy percent of construction companies believe that those who do not adopt digital tools will go out of business.

This eye-opening stat is part of a Construction Disruption infographic recently published by Raconteur (shown below, click to expand). It includes other high numbers, such as the stat that 62 percent in the sector believe construction is behind others when it comes to adopting digital technologies, and 52 percent of innovation leaders (ranked among the top 20 percent) say that machine-learning and AI will be commonplace in the sector within five years. 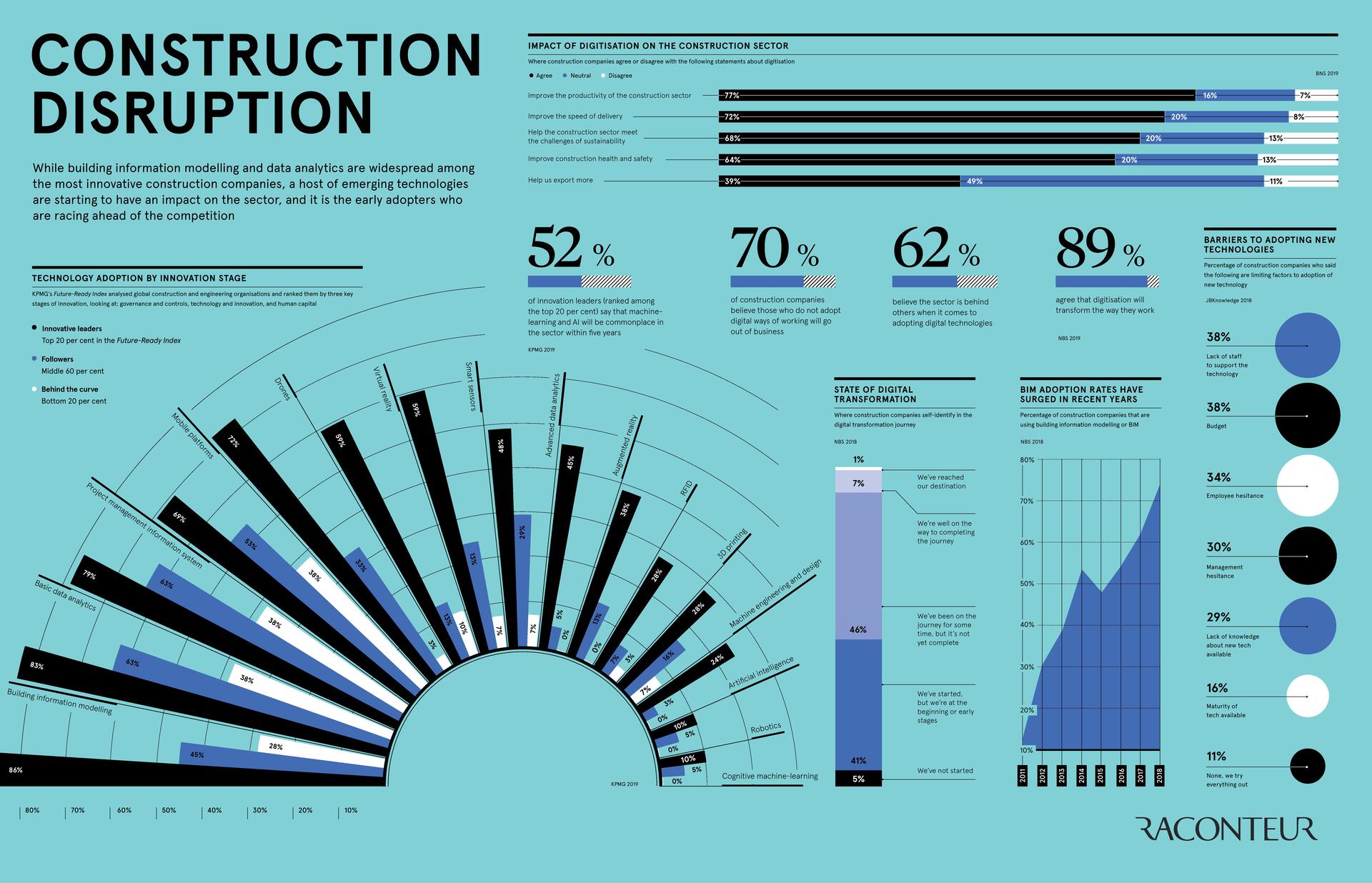 Of course, you’ve all seen similar stats as these. And if you’ve attended any CURT events in recent years, or read The VOICE on occasion, these numbers aren’t shocking. Over a year ago, in the Spring 2018 issue of the magazine, Greg Sizemore, CURT Executive Vice President, said in his opening message, “There is much to lose if we simply sit back and wait for a disruptor to step in and force change upon us.”

With expenditures reaching over 1,293 billion U.S. dollars, the United States is one of the largest construction market worldwide. Yet, it is one of the last industries to be disrupted. Think of Uber and Airbnb for travel; and Amazon for retail shopping.

Construction may be last on the list, but this billion-dollar industry is certainly catching the attention of investors. Two of the top 10 highest funded startups in 2018 were in construction and real estate tech. Katerra, which is focused on optimizing building structures and systems, received $865 million, and OpenDoor, which buys homes directly from owners, eliminating a person’s need to list their house on market, obtained $725 million from investors. More recently, in August 2019, Versatile Natures, a startup that uses machine learning and AI  to improve construction processes, raised $5.5 million in seed funding.

According to Crunchbase, VC investment in construction tech was $1.27 billion for the first three quarters of 2018, which is 124 percent higher than the same period in 2017.

Earlier this year, an article in the Wall Street Journal echoed these numbers. Quoting from a recent report from research company CREtech, the Journal reported that investment in private construction technology (Contech) firms increased from $352 million in 2016 to more than $6 billion in 2018. And, as of the end of June 2019, investments totaled more than $4 billion, indicating that capital injections into contech in 2019 could surpass the $4 billion made in 2018.

Nervous yet? Uber turned the taxi industry on its heels. Airbnb completely altered how travelers book accommodations. And when Toys R Us didn’t adjust their delivery model, disruptors like Amazon led to this toy giant’s bankruptcy. 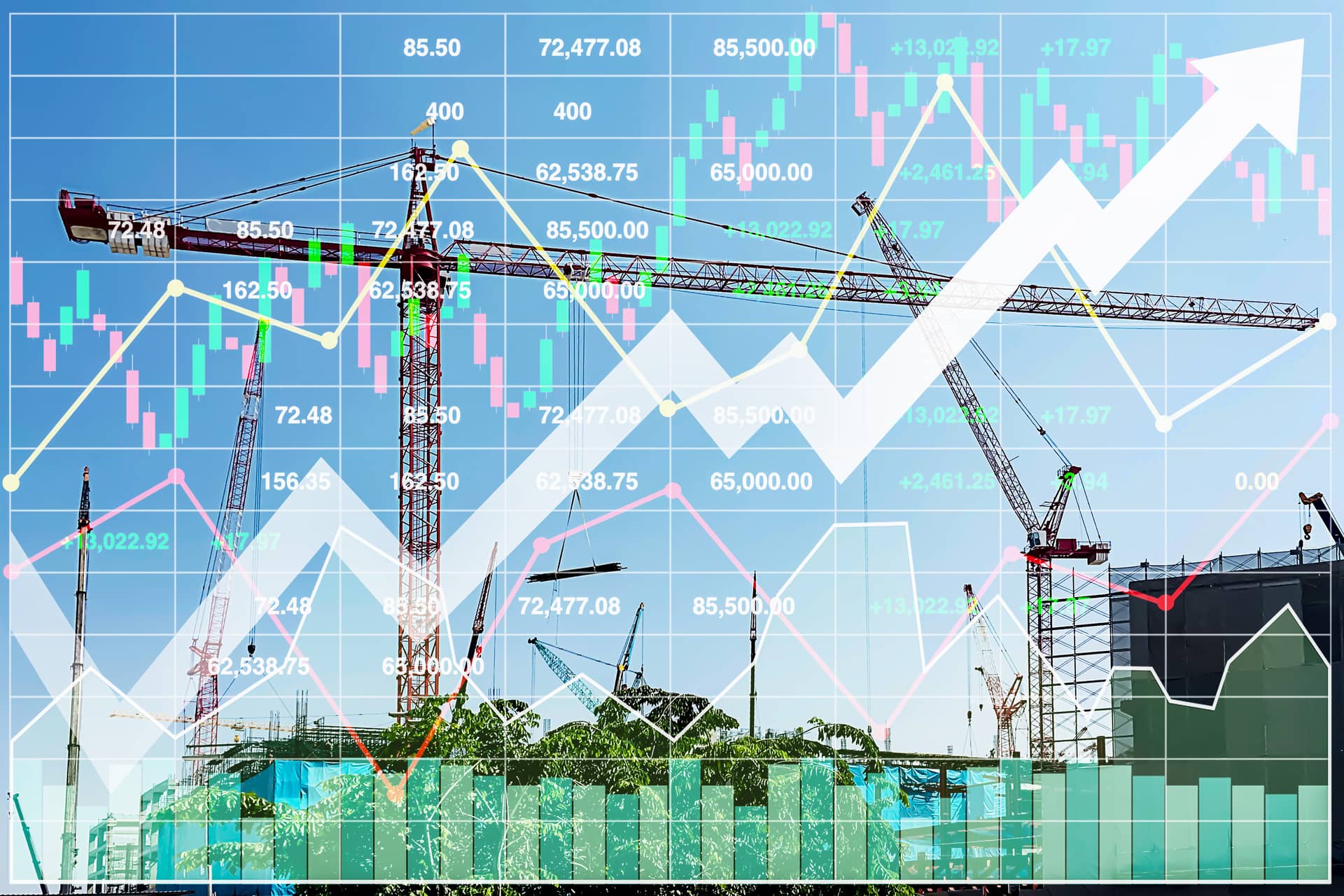 Where Does Your Company Fall? Honestly?

The Construction Disruption infographic by Raconteur shows that five percent of construction companies haven’t started their digital transformation journey. Will those five percent be around in five years? Forty-one percent of respondents say their companies are at the beginning stages, 41 percent say they’re on the journey but it’s not complete, and 46 percent say they’re nearing the end of their transformation. Think about your company. Honestly – where is it on its journey? Do you think it can survive a disruptor?

CURT is working with industry partner CII to disrupt the industry from within. Their Operating System 2.0 (OS2) model (also known as PrairieDog), is building a platform that seeks to transform the construction industry from a risk-prone investment into a first-choice venture for C-suite executives and shareholders. Creators estimate that OS2 will yield cost savings of at least 35 percent and schedule reductions in the range of 50 percent – the combination of which will result in ROI improvement of approximately 60 percent for asset developers. Download the Fall 2018 issue of The VOICE from CURT’s Resource Centre (or click here for the digital version) to learn more about this exciting initiative and how you can get involved.

CURT also has a new Technology and Productivity Committee. No matter where you are at on your technology transformation journey, participation in this Committee can help keep you ahead of the game. Learn more about this exciting new group in the most recent issue of The VOICE.